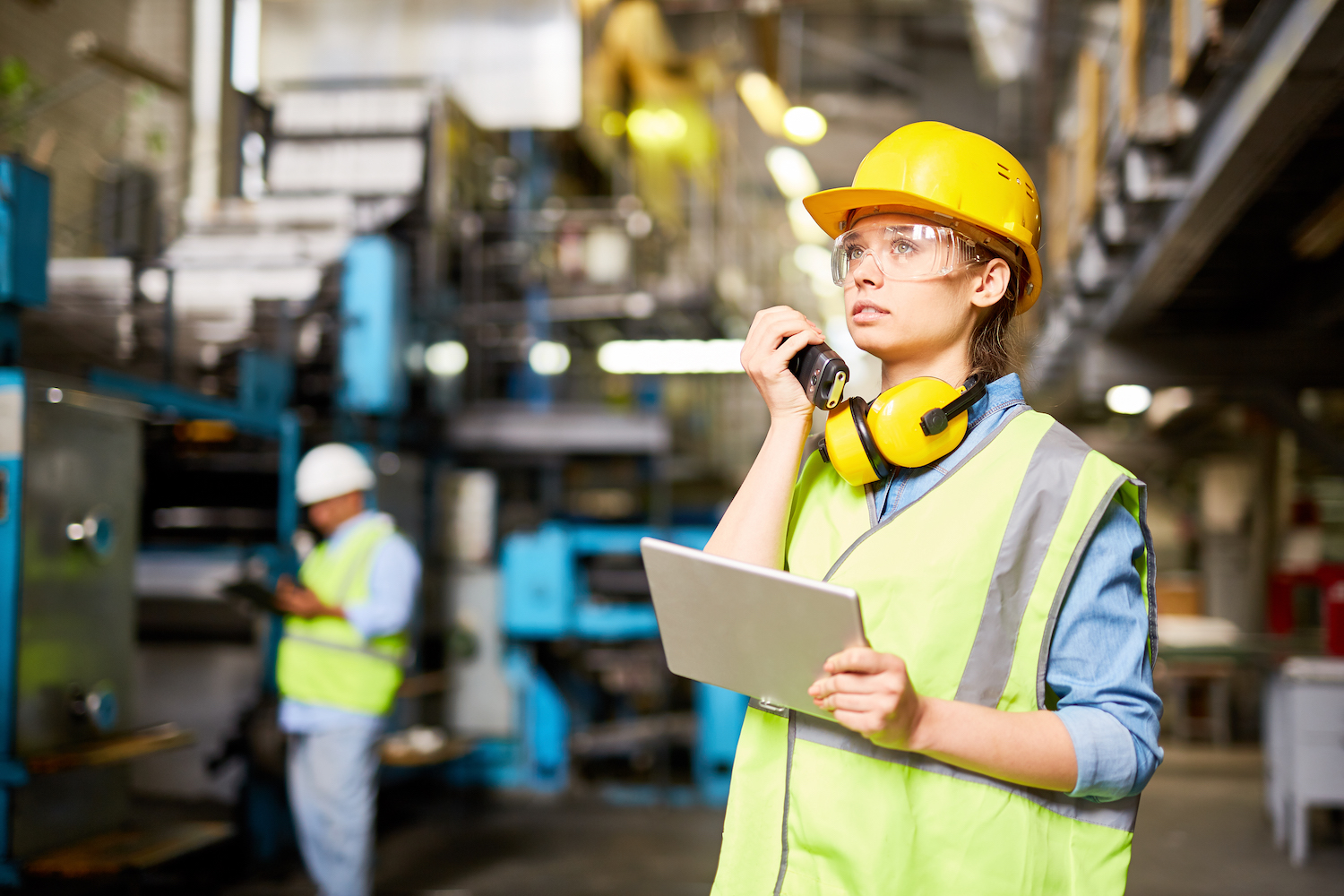 Open for all! This conference will be held in English.

Annette Olsen, Chairman, Node Eyde Women & Senior Project Purchaser, BW Offshore
Annette Olsen is an experienced Supply Chain Manager with broad experience from Offshore & Marine, and Electronic Industry. She has previously worked in National Oilwell Varco and Kitron AS. Annette currently works in BW Offshore, a provider of floating production services and development of proven hydrocarbon reservoirs, and holds the position of Chairman in NEW (Node Eyde Women). Annette holds a Bachelor of Science focused in Electronics/Telecommunication from the University of Agder.

Sara Bonci, Project Manager, Arezzo Innovazzione
Sara Bonci is a Project Manager at Arezzo Innovazzione focusing specifically on EU project management, coordination and evaluation. She specializes in technology transfer, research, and evaluation of public bodies and has previously worked at several public bodies and research centers in Italy, mainly in the context of development work. Sara holds a BA in Political Science and International Relations from the University of Florence and a Masters in Innovation and Project Management from the University of Padova.

Kamilla Fredriksen, Project Manager, TENK-Tech-Network for Women
For Kamilla, choosing to study Computer Science felt as natural as anything else, but when she started at the Norwegian University of Science and Technology (NTNU) she figured that that was not the case for everyone else. This motived her to approach a position as project coordinator for the girl project Ada (Jenteprosjektet Ada) at NTNU, which strategically works towards increasing the number of females who graduate with a master’s degree within STEM. It was during her years at NTNU that she realized how slow the development went and that one had to approach the girls at an earlier stage in order to affect their interests towards technology. This resulted in her gathering up with TENK (The Tech Network for Women) where she helped starting up the TENK Tech Camp in 2017, a technology camp for girls in the age of 13-18 years old. Even though she graduated as an computer scientist only a year ago she has developed the first version of  #ShesGotThis digital platform EqualityCheck for business, she is now a full-stack developer working as an IT-consultant, and she is the project manager for the TENK Tech Camp.

Trine Rogg Korsvik, Senior Advisor / Kilden Gender Research
Trine Rogg Korsvikis Senior Advisor at Kilden genderresearch.no. She holds a Ph.D. in history, specialized in the history of feminism and women’s movements. She has experience from European research cooperation through projects such as FEMCIT – Gendered Citizenship in Multicultural Europe: The Impact of Contemporary Women’s Movements(FP7) and GEQ – Gender Equality and Quality of Life. How gender equality can contribute to the development of Europe. A study of Poland and Norway(EEA Grants). She has several years of experience as researcher and lecturer at the Centre for Gender Research at the University of Oslo, and has published numerous articles and books on gender related topics. Since 2017, she is running the Kilden initiated project Integrating the Gender Dimension in Research, presenting best practices from a variety of scientific fields, and is currently involved in the Horizon 2020 funded project Gender Equality Academy.

Kamilla Sharma, CEO, Innoventus Sør
Kamilla Sharma is the CEO of Innoventus Sør, a regional innovation- and incubator company for the Agder Region. Kamilla has previously been responsible of Coventure, an invenstment fund for start-ups, and has had a range of management positions in the tech- and telecom industry. Kamilla is active as a mentor in the Women in Business-network and Trainee Sør. She holds several board positions for various Norwegian Companies. In 2017 Kamilla was named female leader of the year in Agder. Kamilla holds a BA in Computer Science from the University of Agder and will soon be completing an Executive MBA from the University of Agder.

Solveig Steinsland, Project Engineer, Elkem Technology ASA
Solveig Steinsland is a Project Leader and Digitalisation Coordinator at Elkem Technology ASA, a world leading supplier of silicone and silicone based advanced materials. Solveig is a Trainee Sør Alumni where she was an Eyde Trainee. During this time she spent six months in the three Eyde Cluster Companies Saint Gobain Ceramic Materials, GE Healthcare and Elkem. Solveig is also a member of Eyde Think Tank, a think tank aimed at predicting the future work market, its changes and how to solve them. Solveig holds a MSc in Industrial Cybernetics from the Norwegian University of Science and Technology.

Brage Skånøy, Trainee, Eyde Cluster
Brage Skånøy is currently Trainee and Project Leader with National Center of Expertise (NCE) Eyde Cluster, a cluster organization for the Process Industry located in the South of Norway. Brage has previously been a part of the Trainee Sør-program working six months each at three different companies. This included Nye Veier AS, a limited wholly-owned company building major highways in Norway, Future Materials Catapult Centre / University of Agder and Eyde Cluster. He is also a member of Eyde Think Tank, a group of young professionals challenging established truth and driving change. Brage holds a MSc in Technology Management from the Norwegian University of Science and Technology.

Anne Grete Ellingsen, Director R&D and Academia, Norwegian Energy Partners
Anne-Grete Ellingsen holds the position of Director R&D and academia at Norwegian Energy Partners and is the former CEO of Global Centre of Expertise (GCE) NODE. She has experience from several executive positions; CEO of Vestavind Offshore, director of strategy and business development with Statkraft Agder Energy (SAE) Vind, managing director of Agder Produksjon AS and director of foreign investments Agder Energi. Her experience includes director of the Affinity/partner marked Gjensidige Group, managing director of the Federation of Norwegian Commercial and Service Enterprises (HSH), several management positions in up- and downstream oil and gas operations with Statoil and Elf Aquitaine (now Total) in Norway and international, covering both on- and offshore operations. She has been Secretary General of the World Petroleum Congress and Deputy minister at the Ministry of Oil and Petroleum. Ms. Ellingsen has more than 15 years of experience as a board member of privately owned and listed companies. Ms. Ellingsen holds a BSc in chemistry, a MSc. in Petroleum Technology, a BSc. in Economics and an Executive Master in Energy Management. She has participated in AFFs leadership courses for managers and senior executives.

Last ned invitasjon i PDF-format her

Last ned programmet i PDF-format her 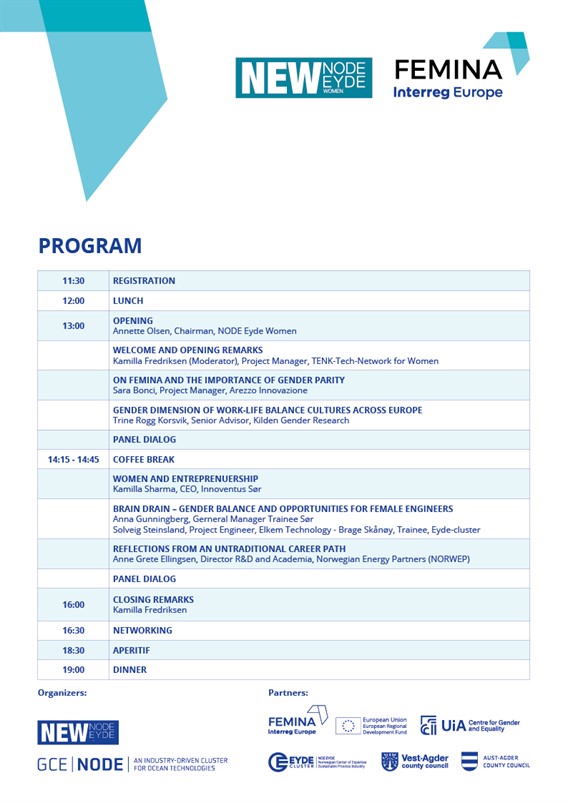